SG Girls display public photos on the Internet with the theme “Singapore Girls”. This is an application to appreciating oriental beauties. It is a premium ($1.99) photography application and nothing else.

What you would be paying for?

SG Girls will stream photos from the Internet continuously. You will see photos like these: 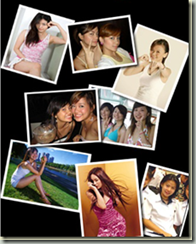 What you would NOT be paying for?

What you would not see on SG Girls are photos that are deemed as inappropriate content, which includes:

Words from the developer

If you have bought SG Girls, I thank you for your support. The app is still at its early stage, and there could be features/improvements/photos/bugs which you think should have or not have.

Interestingly, the release date for SG Girls is 5th December 2008, but, it was not till 29th January 2009 that it appears in App Store! So what happened in the 2 months? Apple was evaluating SG Girls. It was an unusually long review, and I thought Apple is gonna reject it. As such, I did not touch this project for a while.

Now, I can promise that updates and improvements would be lined up for SG Girls, and new photos would be constantly added! I have developed plenty of apps, but SG Girls need special care, since this is my first paid app, and first app released to the world outside Singapore!

Lastly, I believe SG Girls is what many guys, and also ladies, would like. Ladies like to look at ladies too, if you do not yet know (: